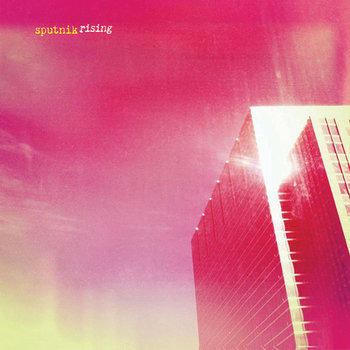 ock band Sputnik can easily be called a “supergroup” as the trio that makes up the band has made names for themselves on their own and as part of other bands for many years now. Lead singer and guitarist Alan Grandy had been performing in Cleveland as both a guitarist and a bassist for several bands including The Terrible Parade and Jehova Waitresses and also created music on his own. Jay Bentoff has also been a major part of the Cleveland music scene as he performed with his band The Kind Revolution while also recording music from Cleveland artists at his Dark Tree Studio. And the third part of the band, Chris Solt, has been part of several projects in Cleveland including Susan Weber’s band Monet’s Orbit before he hung up his guitar and sat behind the drumkit to fill out the current lineup of Sputnik.

When the three musicians of Alan Grandy, Jay Bentoff and Chris Solt came together to play in the band Sputnik (although Solt is now the second drummer for the band and not the founding drummer; that honor went to former Jehova Waitresses drummer Jeff Harmon who makes an appearance on the album on two of the tracks), they already had plenty of musical experience. The resulting music created by the band seems to have been largerly influenced by bands like The Raspberries and other American bands that came into being after The Beatles had had their influence felt by musicians who were around at that time and were looking to create their own music.

When Sputnik started creating their music, a lot of their sound came from Alan Grandy’s own writing style along with the post-Raspberries rock sound that was around in the early 1980s. The resulting sound from Sputnik sounds like a mix of The Raspberries and other pop/rock music from around that time period with some modern musical influence, as well. Taking this sound and then recording it, the band had previously released two albums, I, Cosmonaut and Underradar. Sputnik recently released their newest release entitled rising.

The first album from the band Sputnik in five years, rising from Sputnik begins with the track “Solstice Song”. The song contains a light, easy pop-rock feel to it. The lyrical concept of enjoying everything that comes with the summertime creates a track that is light and fun.

While rising from Sputnik starts with the track “Solstice Song,” the album really begins when the song “Shine” appears. “Shine” is s stronger track that has a much more commercial feel to it. “Shine” contains a very strong musical hook in the music and a much stronger bass part than on “Solstice Song”. The lyrics of the song also contain an easy feel to them that makes them easy to sing along with. The song “Shine” is easily one of the best tracks on the newest release from Sputnik.

One of the most interesting tracks on the rising release is the song “Last Man on Earth”. The song begins with an instrumental rock part that features a driving beat. That quickly segues into a sound with a slower pace that gives the song the perfect pace to build the song on. The track would fit more into Alternative rock than it would straight-out Rock and Roll. The track ends up being one instance where the band truly allows the listener to hear the true abilities of the three musicians of the band. The song comes to an end with the band returning to the sound and style of the music that started the track off.

Throughout the 11-track album of rising, Sputnik seems to stay within two styles: slow pop-rock that is found on the song “Solstice Song” and the more upbeat style found in “Shine”. The track “Untitled 3” falls into the latter category. While the band may not have come up for a title for this track, they play the track with plenty of energy. The track is another instance on the release where you get the feel of how well the three musicians work together as a band.

The album of rising from Sputnik is a very good pop-rock release from a trio that has proven themselves as individual musicians many times over. This new album from this Cleveland-based band is one that you should simply press play and let play out. The 11 tracks on the release are sure to please anyone who enjoys The Beatles, The Raspberries and/or any other band like them.

To check out the album rising from Sputnik, click HERE.

For more music, check out the band’s label of Sound of the Sea.

(Check out Admiral, a four-piece rock band from Cleveland that features Alan Grandy on guitar and vocals and three of his former and current bandmates. Admiral has just recently released a three-song EP that features new and unique takes on Beatles tracks as Admiral celebrates the 50th Anniversary of the release of Please Please Me by The Beatles. You can check out my review of Admiral Sings Please Please Me & 2 other Songs by clicking on the link.)