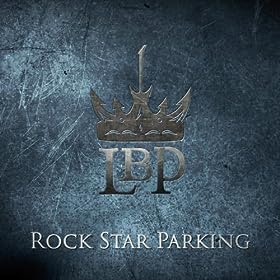 Lindsey Buckingham Palace is a four-piece rock band from the Washington, D.C. area. After being together for several years, the current version of the band is now a quartet made up of singer/guitarist Mike Hill, lead guitarist Mark Minicucci, bassist Marc Rothschild and drummer Made Ployamornrat. Lindsey Buckingham Palace features a Hard Rock style with Classic Rock and Heavy Metal as influences.

The band once put out one self-titled EP and then decided to expand their musical library. The band recently added to that library with another EP, the recently released Rock Star Parking.

END_OF_DOCUMENT_TOKEN_TO_BE_REPLACED 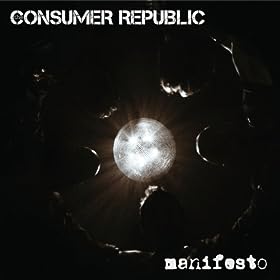 The week leading up to the 2009 induction featured many fun events to take in within the Rock and Roll Hall of Fame and around the city of Cleveland itself. One main event that took place was the free day of music that happened within the Rock Hall itself. It was on that day that Cleveland got to experience three bands which included The Consumer Republic, the winner of 2008 Fortune Battle of the Corporate Bands. It was on that day of April 4th, 2009 that every person in attendance at the Rock Hall for the free day of music got to experience the power and talent of Fortune Magazine’s “Best Corporate Band in the World”.

END_OF_DOCUMENT_TOKEN_TO_BE_REPLACED

Those Beach Boys and Rolling Stones weren’t the only septuagenarian rockers celebrating 50th (give or take) Anniversaries over the past twelve-or-so months, absolutely not. Just about each and every singer/songwriter/guitarist still standing – well, those with lucratively deep catalogues ripe and ready for recycling, that is – had multiple multi-media packages (and, in the Stones’ case, four-figure-plus concert tickets) competing for what remained of a loyal boomer’s nest egg throughout 2012.

So should you feel so inclined, unless you’re still busy searching for the real Bob Dylan via David Dalton’s Book Of The Year “Who Is That Man?” that is, may I wholeheartedly suggest investing in:

END_OF_DOCUMENT_TOKEN_TO_BE_REPLACED

The rebirth of Unruly Child in 2010 is going to take a lot of people by surprise. On “Worlds Collide” the band springs to life with all the excitement and energy of a newborn. The first two tracks did little to excite me, but then “When We Were Young” kicks off a six-song string that 1990 radio would have been all over. “When We Were Young” has a nostalgic theme perfect for a reunion of this kind and is surely going to relate to older fans.“Love Is Blind” is another great tune that fuses the classic Unruly Child sound with that of contemporary hard rock, all helped by a huge sing-a-long chorus with great backing vocals – reminds me a lot of the new Foreigner record. “When Worlds Collide” is an engaging tune with interesting time changes and another memorable chorus.

END_OF_DOCUMENT_TOKEN_TO_BE_REPLACED

The ham and cheese of rock are back with a new record, following their so-called “country”-inspired detour, “Lost Highway”. With “The Circle”, Bon Jovi is once again claiming that they are going back to the big arena rock sound of their late 80s hey day. “The Circle” is as much “New Jersey” as “Lost Highway” is a “Ropin’ The Wind”. In other words, big arena rock this is NOT; but that doesn’t mean it isn’t a decent record from Jon Bon and the Jersey boys. And to their credit, “The Circle” is generally more upbeat and not overwhelmed with the band’s proclivity for sappy power ballads.

END_OF_DOCUMENT_TOKEN_TO_BE_REPLACED

Lost Without Cause are an Alternative Rock, three piece outfit hailing from Watford, Herts, UK. They have been playing together since their formation in 2004, and so far have played well over 200 gigs with the likes of My Passion, Saving Aimee, Fei Comodo, Koopa, The Runners and Linchpin.

To give you a little background information on Lost Without Cause: in 2007 the band was selected by MTV as part of their new talent initiative program, which involved a live performance and an interview which aired on MTV2 throughout April, May and June 2007. In July 2007 they visited and recorded a live session in the world famous Maida Vale Studios, and in November 2007, after progressing to the 3rd round of an International Battle of the Bands, were invited to play at the London Astoria 2. The gig was a massive success and the band progressed onto the 4th round where they once again played the London Astoria 2. In July 2008 they were selected by Bon Jovi from over 400 acts as one of the Top 20 bands with the chance to support them at their Twickenham show. Unfortunately, after an online vote, they narrowly missed out.