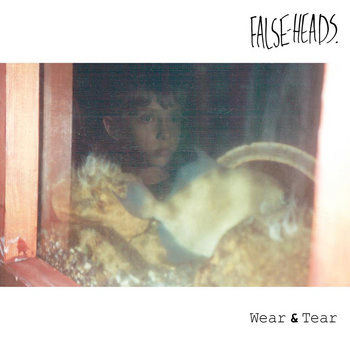 If lead single “Wrap Up” set up our expectations for this subsequent e.p. to be a squalling, brattish love letter to every snotty, underground music genre of modern times, it certainly didn’t prepare us for the subtleties and dynamic shifts that the band are able to employ. Far from being the wall-to-wall garage band attitude, there is a lot more at work here. “Twenty Nothing”, whilst sticking to the loud-quiet template does so with more panache than you would expect, weaving in elements of jangle but stopping far short of any indie twee-ness.

The Pixies comparisons, that seem to be the yardstick that most journalists are measuring them by, only really raise their head on “Snatch,” a 90’s college rock beast, all skittering drums and slabs of bass forming a platform for some wonderfully driven and uncompromising guitar salvos.

But it is swansong “Nothing In There” that is the real surprise, a sludgy, doom-pop masterpiece of atmospherics and musical pomp, like Underneath What playing a Nick Cave torch song, big anthemic structures and sinister vocals not even hinted at on the previous three songs.

It should be obvious to anyone who crosses this E.P’s path just how great it is, how wonderfully it represents every underdog genre and every misunderstood band or every songwriter shut out by the mainstream music industry. In the space of four songs they seem to have summed up the forgotten and abused underbelly of contemporary music. If you don’t get that, on any level, then don’t play me anything from your record collection. Ever.

You can find False Heads on Bandcamp.

This review was written by Dave Franklin.

One reply on ““Wear & Tear” is coming from False-heads”