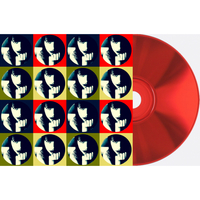 es can be very descriptive and Boy On Guitar have a name which leads your imagination perfectly. Boy On Guitar are a female-fronted Indie / Pop band based out of two small towns in Central California. The group is comprised of three musicians with a vast array of experience through several different projects.

Genesis and Jonathan Jennings were both previously featured in the band Of Us Giants, whose 2014 album “Nova Scotia” received critical acclaim in several different countries upon its release. The duo also owns the independent record label Ronald Records, which has released music from artists such as The Republic of Wolves and several other musicians from all over the world. The third member of the group, Sean Duncan, was previously featured in the band Fiver (released a 7″ split record with Death Cab for Cutie) and is currently active in Kid Mud, Seanario, and Duncan Booth. Sean also owns the independent record label Way Grimace Records.

Boy On Guitar is currently preparing for the launch of their debut EP We Wait which will be released on April 18th (Record Store Day 2015). We Wait will be available on 7″ / Cassette Tape / CD / Digital via Ronald Records and Way Grimace Records. To celebrate the release, the band will be going on tour this summer with Family Thief (released a 7″ split record with Forever Came Calling on Pure Noise Records). The tour is going to start June 6th and will have several stops in multiple states.

We Wait is a supreme dose of gentle indie pop which has the magical effect of simultaneously soothing and scintillating your taste buds as you listen through it, soaking up its musical delight.  Comprising of four tracks, We Wait is very enjoyable and has taken me by surprise as it is of a genre which I generally steer away from.

Pre-orders for Boy On Guitar’s debut We Wait on limited edition 7″ Records / Cassette Tapes / CD’s are available now through Ronald Records. All pre-orders will receive a free advanced digital copy of the EP at the time of purchase. The EP is also going to be available via all major digital music outlets at the time of release, including iTunes, Spotify, and Bandcamp.