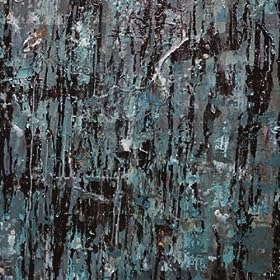 Columbus, Ohio’s Alert New London is a modern-day rock outfit. The quintet is made up of guitarist/vocalist Cory Nicol, guitarist/vocalist Dave Woodrow, bassist Sawyer Shepard, keyboardist Gavin McKenzie and drummer Jim Fowler. While the band’s music is heavily guitar-influenced, the additions of keyboards to the music helps give the band’s sound a feel and direction that is a lot richer and more creative than much of the music put out by many of the bands that are currently signed to record labels.

Alert New London’s current release, Youth, was released at the end of 2011. The album begins with the track “Alice,” a more-than-evident nod to the main character in Lewis Carroll’s Alice in Wonderland book. Along with lyrics that have to do with certain references to the book, the song contains a Melodic Rock sound and the resulting track allows the guitars to create a harmonic approach that builds while including all five band members in the shaping of the song’s direction. When Cory Nicol and Dave Woodrow come together to harmonize on the lyrics late in the track, the two vocal parts blending together help make the track one of the most interesting songs on the 2011 release.

“Choke,” the second track on the youth album from Alert New London, takes on a slightly jazzy feel for the first 15 seconds or so as drummer Jim Fowler and Stephen Lee (the band’s bass player at the time of the recording who has since been replaced by Sawyer Shepard) combine to create a driving musical intro to the track before the rest of the quintet joins in. On the track guitarist/vocalist Cory Nicol and guitarist/vocalist Dave Woodrow share vocal duties and create a two-part harmony to the vocals that ultimately adds a nice amount of depth to the lyrics as the five musicians perform music that has a slight New wave feel to it.

It is on the third track of the album that Alert New London creates one of the most commercial tracks on the release. The song “Silverdrive” has one of the most infectious grooves of any of the tracks on the album. Along with a strong groove, the track seems to have one of the best mixes of guitar and keyboard of any of the songs on Youth, as Gavin McKenzie’s keys come more to the forefront on this track than on the previous songs. While the music is well-written, the lyrics also seem to have been shaped better on this track when compared to other songs. The lyrics have a quality that make you want to sing along with them. With the infectious grooves, the mix of guitars and keyboards and the well-written lyrics, it’s hard not to fall in love with the track “Silverdrive”.

With the next two songs on the album, “Wooden Indian” and “Disintegrate,” the release takes on a lighter, more relaxed feel. The tracks also give the band members the chance to stretch their creativity.

“Wooden Indian” is a track that features a sound that brings to mind English bands that were found in large demand back at the time of the influential New Wave rock music time period. On this track, the feel of the music and the use of electronics seem to have the band paying homage to New Wave favorites, A Flock of Seagulls.

Alert New London brings the pace of the music back up with the “title track” of the release. “A Pulse of Youth” is a track that features a strong guitar feel with a subtle piano part that acts as a bed for the rest of the instruments. The falsetto vocals in the track adds a certian amount of unique musical quality to the song to help set it apart from the remaining tracks on the release. The lighter aspect to the music on the song helps to create a track that ultimately ends up being fun to listen to.

The pace of the music slows down with the track “Disintegrate”. With the gentle feel to the music, the five members of Alert New London allow the song to flow and never feel the need to try and show off. Every so often, you need a simple, slow-paced song to help appreciate what a band can really do if given the chance and this track gives you that chance.

Youth from Alert New London comes to a close with a one of the best tracks on the album, “Spoonfed”. Like the song “Silverdrive” from earlier on in the album, the song “Spoonfed” has a very commercial feel, while also bringing a little of the New Wave feel back. The catchy nature of the music and the beauty in the vocals on the track help bring the album to a close on a very strong note.

Alert New London is currently working on their next album. But in the meantime, be sure to check out the band’s 2011 release, Youth and discover a band with a fresh sound and a creative side to their music.

Click HERE for the video to Alert New London’s song “A Pulse of Youth”.