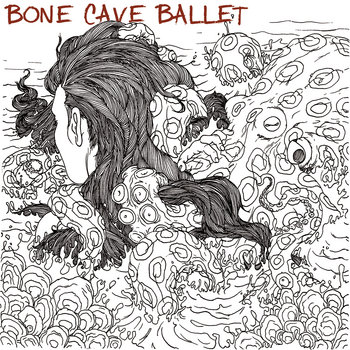 Because of the nature of Progressive Rock, you either like it or you don’t. Bands like Yes or Pater Gabriel-era Genesis fall into the “love ‘em or leave ‘em” category. Because of that, you rarely hear of bands from today that have made the plunge into the Progressive Rock genre.

One band that exists today that has decided to create Progressive Rock music is the Seattle-based group Bone Cave Ballet. The four-piece band consists of Jacqui Gilroy on guitar and vocals; Kelly Mynes on drums; Ezekiel Lords on bass and Jeff Blancato on guitar. Together, the members of Bone Cave Ballet create a band that has the talent, ability and creativity to handle the rhythm and tempo changes that come with playing Progressive Rock. To showcase the band’s style and playing ability, the band released a five-song EP entitled Will of the Waves.

The 2013 release from Bone Cave Ballet begins with the track “Breakup Yoga”. And just like the best Progressive Rock, “Breakup Yoga” tests the listener’s enjoyment for music that is not in a regular musical rhythm. The rhythm on the track is something that would more normally be found in jazz. That rhythm is matched up with the strong guitar and bass feel associated with Rock music. That musical combination is matched up with Jacqui Gilroy’s soprano-like vocals that will easily remind certain listeners of the musician Feist. Altogether, “Breakup Yoga” alternates between one rhythm and another and truly shows off Bone Cave Ballet as a band that knows how to both write and perform Progressive Rock.

While “Breakup Yoga” feels like a mix of Jazz music and Rock and Roll, the next song finds the band going in a much different direction: The track “Great Cycle” most definitely fits with the first track on the release and contains a Progressive Rock feel, but the song feels much more like a Rock symphony as the various guitar parts from both Jacqui Gilroy and Jeff Blancato combine together to form a very melodic feel to the music. With Gilroy and Blancato interweaving their guitar parts, the track feels as much like Classical music as it feels like Rock and Roll. The resulting melodic feel to the track makes the song very appealing. Ultimately, the song ends up being the most commercial song on the Will of the Waves release.

On the track “Shape to Stay,” Bone Cave Ballet brings out a lot of their influences. The first few seconds of the track has a Rock/Classical feel to it and the inclusion of the flute will easily remind the listener of something that Jethro Tull would have created. Whereas, the remainder of the song heads into a more jam band-like feel which brings to mind something form the early days of Santana. The combination of the two influences in one song allows the listener to experience different feelings to the music of the band at one time.

“Newton’s 3rd,” the fourth track on Will of the Waves from Bone Cave Ballet, is the one track on the release where the band seems to bring their style of music more into the present day. Along with the omni-present Progressive Rock feel, the song also contains a little Alternative Rock influence as the band allows their music to get a little heavier for just one track on their 2013 release.

Throughout the release, Bone Cave Ballet shows off excellent musicianship, great writing and a lot of fun in their music. The various influences in the songs add a lot of variety to the music while the band still keeps a certain sound and feel to the music. If you like music from the likes of Yes, Jethro Tull and Peter Gabriel-era Genesis, Will of the Waves from Bone Cave Ballet is a band to add to your music collection.

To experience just a little of Bone Cave Ballet, check out the band’s video to their song “Great Cycle“.

One reply on “CD Review: Bone Cave Ballet “Will of the Waves””

In the first graph, are you missing the word "don't" before the words "really hear"? If not, the sentence is somewhat misleading.

"Because of that, you really hear of bands from today that have made the plunge into the Progressive Rock genre. –