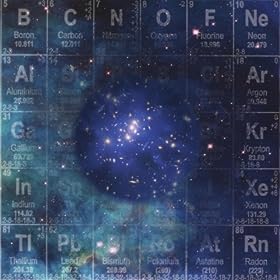 Over the years, singer-songwriter Tim McDonald has taken his band, Broken Poets, in several directions to create different projects and sounds in the music produced. Currently, the project being worked on by McDonald is a multi-dimensional project that will associate several different media sources to create a very intense personal experience. While the book part of the project is still ongoing, the self-titled EP from Broken Poets that will be part of the yet-to-be completed project is now available for purchase as a download.

In order to create music for this version of Broken Poets, Tim McDonald teams his vocals and guitar up with pianist Svetlana Antropova. McDonald and Antropova create music that features the piano as the driving force while the guitar adds strength and depth to create songs that feel as much like rock music as folk music. The resulting music created by the duo is sparse yet still full-bodied to a point where you don’t miss the bass and drums that would usually go along with everyday rock music.

Broken Poets’ self-titled EP is a four-song release that takes the listener on a musical trip that really should be experienced with headphones. The piano of Antropova and guitar of McDonald work well together to strengthen and balance the music of each song to bring out the full potential of each piece. The placing of the instruments and McDonald’s vocals in the tracking make the listening experience an absolute pleasure.

The self-titled EP from Broken Poets begins with the song “Singularity”. The energy from Svetlana Antropova’s keyboard at the beginning of the track gives off a warm hum that creates a musical bed for Tim McDonald’s electric guitar as they start slow and then when Antropova’s piano is added to the mix, the duo end up making a song that examines the question of what would have happened if people took a second to see things from a different perspective. This first track of the EP ends up being one of the stronger moments of the release.

As “Singularity” comes to an end, the second track “The Clairvoyant,” takes the energy level down just a little as the music gets a little more intense in its feeling. The subject matter of a person who has just had his eyes opened to the ways of the world takes the listener into a more intimate setting. McDonald and Antropova work well with the music, creating a song with sections that alternate between piano-driven and guitar-driven parts. The beauty of the piano and guitar together on this track makes a song that truly has an indie-rock feeling.

The third track of this release, “My Selfish Altruism,” is probably the song that could be used as the single for the release. The electric guitar of McDonald is a lot stronger on this song than on any other song on the four-song EP. The lyrics are a lot more upbeat, giving the listener a reason to pay attention to their meanings. The lyrics are also the easiest for the listener to get behind and want to sing along with. The addition of a kick drum from Svetlana Antropova gives the song a stronger beat than the rest of the release.

As this four-song release was written around the memory of Dustin Essary, a childhood friend of Tim McDonald’s who died early on because of cancer, the final track of the album is called “The Death of Dustin Essary”. On this track, McDonald creates a very personal track using things Essary had said before his death. The words speak of someone coming to terms with what is sure to be coming. On this track, the vocals from McDonald take on an Ian Anderson-like quality. With the Anderson-like quality in his voice and the style of writing in the lyrics on this track, you can almost imagine this song being performed by the classic rock band Jethro Tull.
While the four-song self-titled release from the Broken Poets is relatively short, there is much to enjoy: The lyrics are very personal, the music is beautiful and the musical relationship between singer/guitarist Tim McDonald and pianist Svetlana Antropova creates a feeling that will leave you with as much joy as if you had just listened to something a lot heavier.

To discover this and other bands, check out the band’s PR firm, Rainmaker Media Group.