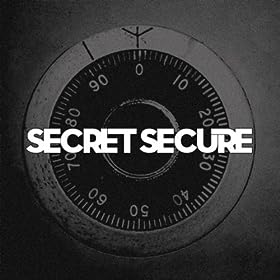 San Antonio-based Secret Secure has a sound that will keep both the commercial radio listeners and the independent music listeners happy with a rock sound that takes just enough indie sound and mixes it with a very commercial feel to their music to create a style that will help the band gain a wide fan-base from fans of either style of music.

Secret Secure is a modern rock quartet made up of Alan Paul on lead vocals and bass, Dominic Cerna on guitar, David Work on guitar and Daniel Ross on drums. Together, this quartet has taken sixteen rockin’ tracks and created their 2012 self-titled album.

The self-titled album from Secret Secure begins with the track “Better than You”. The strong nature of the music, along with the power in Alan Paul’s vocals, gives the album’s opening track a lot of energy. The positive message in the lyrics about overcoming a disappointment makes for a great way to start off the release.

After the powerful opening track of “Better than You,” Secret Secure keeps the energy level up with the song “Lady,” one of the singles of the release. Like the first track, “Lady” has a lot of energy in the music and the lyrics contain a lot of confidence as Alan Paul sings about approaching a lady he’s interested in. Like “Better than You,” this track also shows off the talents of all of the band members as well as the writing contained within the song.

Many bands, when writing a song known as a “power ballad,” will give up a little intensity in their musical style to give more stress to the lyrics in the song. However, on the song “3 Things,” Secret Secure seems to be able to create a “power ballad’ that balances the intensity of the lyrics with the energy of the music. In fact, the energetic approach to the music on this track only seems to intensify the heartbreaking meaning to the lyrics. “3 Things” is one of the better “power ballads” to be produced in a long time.

Another track from the album, “You and I,” is another track that explores the pain in relationships in its lyrics. Once again, the lyrics and music work well together to create intensity in the feeling of the words to the song. You can almost feel the pain as Alan Paul sings.

“Start it Over” is one of the strongest songs on the album, as far as the music is concerned. This track is one instance where you can tell why Secret Secure has opened for bands like Breaking Benjamin and Disturbed. “Start it Over” has the same musical approach as songs from those bands already mentioned as well as others that have the same style to them. And while this song has a similar style to these bands, Secret Secure separates itself from these bands with a sound all its own.

“Capture You” is a song that will immediately stand out from the rest of the release. From the programming on the track to the production, this track has a different feel than the majority of the album. This song mixes the commercial feel of the band with its indie feel in a way that will make you stop and listen. This is one of the strongest tracks on the self-titled release from Secret Secure.

Just as “Capture you” finishes, Secret Secure changes musical directions just a little bit in their sound on the track “Won’t Lead Me Wrong”. This track is probably the song on the release that sounds the closest to straight-out rock and roll as today’s music gets. “Won’t Lead Me Wrong” feels a little out of place, but it also shows the talent and musical ability of Alan Paul, Dominic Serna, David Work and Daniel Ross to keep their music sounding fresh.

The hour-long self-titled release from Secret Secure is a strong album that features powerful playing while also featuring strong heartfelt lyrics that will continually tug you in two directions at once, keeping you focused on the band’s musical abilities while you simultaneously experience the pain that Alan Paul sings about. The lyrics and music create the perfect musical combination that will make today’s music fans happy.

As Secret Secure has no videos online at the current time, check out the band’s ReverbNation profile for the band’s music.