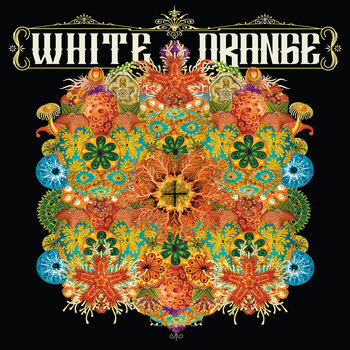 The first thing that you notice about Onawa is the length of the release. Though there are only three songs on the release, the playing times of those three songs add up to twenty-five minutes. The three tracks follow the same type of style of many different rock bands that went about creating Album Oriented Rock albums that were best listened to in the privacy of your own living room with headphones on.

The first track on Onawa from White Orange is the track “Ehyeh”. The track begins with a rather long intro before the song really kicks in. Along with Dean Carroll on drums and Adam Pike on bass, the song contains the two guitars from Hill and McIntire creating a song with a slow, driving feel to it. The almost nine-minute song has the same type of soaring feel to it as something that would have come from someone like Pink Floyd. In fact, the music from White Orange does have a slightly psychedelic feel in the same way that Pink Floyd’s music always did. As you listen to the track and just let the song take you away, you’ll never realize that the track is over eight minutes long because you start jamming along with the music. Before you know it, the song is over and you’re actually looking for more.

With “Ehyeh” clocking in at almost nine minutes, the second track of the Onawa release, “Either/Or,” feels almost “single” length, though it still clocks in at nearly five minutes itself. And while “Ehyeh” feels like something that would have come from Pink Floyd or another Classic Rock band from the late sixties/early seventies,  “Either/Or” has a stronger rock feel that would bring to mind more modern-day rock bands that take their sounds from the heavier bands in the Alternative Rock genre. When listening to the song, you could easily find yourself thinking back to the mid-nineties and the early bands from that time period. While it’s not as long as “Ehyeh,” “Either/Or” is still a rather good jam itself.

The third and final track on the Onawa release from White Orange is by far the longest track on the EP. “….And Leave the Circus,” like “Ehyeh” before it, is a track that has a slow, driving feel. But instead having a late sixties/early seventies style like “Ehyeh,” the track has a style more like that of the stronger track of “Either/Or”. Once again, the guitars from Dustin Hill and Ryan McIntire interact with each other to create a strong, rhythmic pattern in the music. “….And Leave the Circus” is one track on the release that really allows the farfisa organ from Chief O’Dell to shine through. The most unusual thing about the track is the inclusion of the kazoo from Adam Pike; but since it helps to give a little more substance to the keyboard part from O’Dell, you hardly think that the kazoo seems out of place in the body of the song.

The three tracks on the Onawa release from White Orange are very strong. The release is one of the best independent rock releases so far this year. To really enjoy the album, find yourself a nice quiet spot, put on your headphones and just let the music take you away.

For more information, check out White Orange’s record label of Made in China Records and their publicity firm, XO Publicity.