It may be just part of my inquisitive nature but I have always found myself drawn towards bands with interesting names or albums and releases with striking cover art. Some while ago I was trawling through Bandcamp and stumbled upon a superb alternative rock band called Dead Shed Jokers who are based in South Wales, UK. Yes their name caught my attention along with the cover art of their Peculiar Pastimes EP which is still available on Bandcamp as a pay what you want download.

Peculiar Pastimes is the title of the album which gripped me from just a few seconds after hitting the play button, ‘Peculiar Pastimes’ is the first of six tracks as well as being the only studio track. The other five tracks are superb live recordings from the BRFM vaults. They are from a live session recorded in late May 2013.

The first Dead Shed Jokers album Peyote Smile dates back to 2011 and this is also a magnificent album. As with all of their releases, once you press ‘play’ and open the door to the shed you are hooked in by a volley of infectious grooves and riffage. This seems to be a trademark on all three of the releases from Dead Shed Jokers. As well as the album Peyote Smile and the Peculiar Pastimes EP. 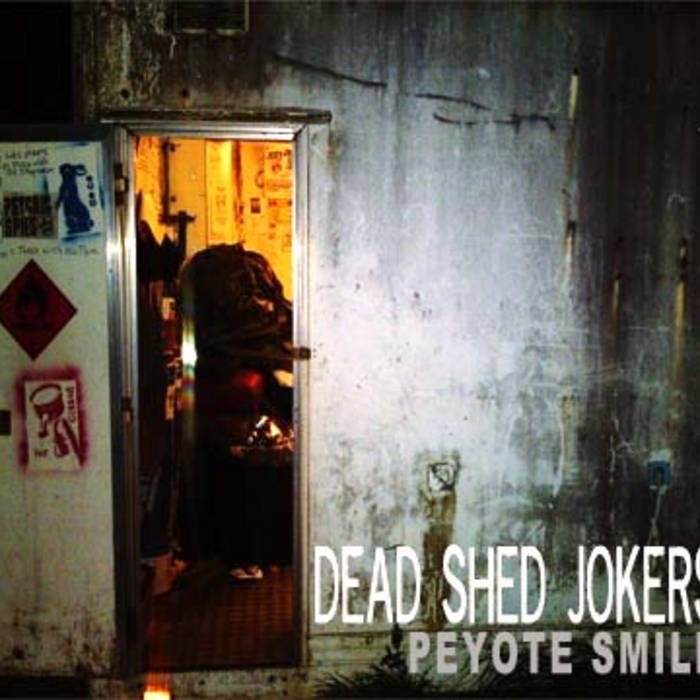 The band have just released their new self titled album. Dead Shed Jokers was released on April 13th through Pity My Brain Records. The band had a shaky start to 2013 when a couple of band members announced their planned departure. Thankfully in early 2014 the band got back together to record a solid testament to their long term musical friendship. The new self titled album was recorded in just four days. This has captured a spontaneity and energy which is second to none. Dead Shed Jokers have an intensely expansive soundstyle which envelops you entirely as it lures you deep into their shed. Once inside the diversely dynamic grooves of Dead Shed Jokers will take you on a musical journey unlike any other. Their sound can be likened to QOTSA, Hendrix, Zappa and Tool amongst many others. It is clear to hear exactly why Dead Shed Jokers have been gaining so much attention over the past few years. All three releases are perfectly executed examples of alternative rock performed with a passionate voracity.