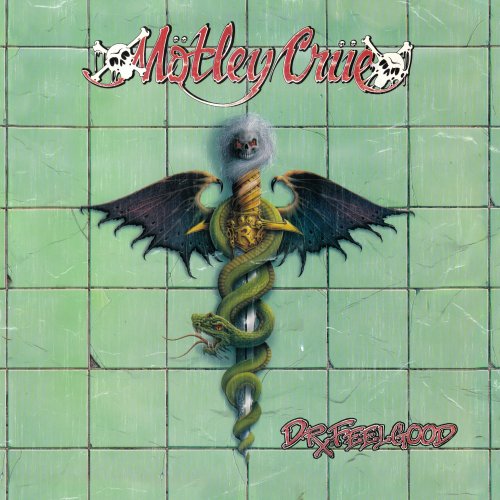 Back in 1989 Motley Crue were at the top of their game after releasing album number five Dr Feelgood. Despite being dogged with drug and alcohol problems and various run ins with the law, the Crue had cemented their status as one of the biggest rock bands at the time.

This deluxe reissue contains all the original cock rock fist in the air anthems, including the title track ‘Dr Feelgood’ and the catchy drug inspired ‘Kickstart my Heart’, which were both top ten hits when released. There is though, a couple of duffers on the album, ‘Without You’ is a prime example, with its rather lame lyrics and a feeling that the band could not be bothered to put the song writing effort in.

That said, the marvellously filthy ‘Sticky Sweet’ and ‘She goes Down’ more than make up for it.

Disc two features and array of demo versions from the album, along with some live performances which will probably not entice everybody, but for the hardcore Motley Crue fan it will be a valued addition to your collection, just click on the cover and buy it!