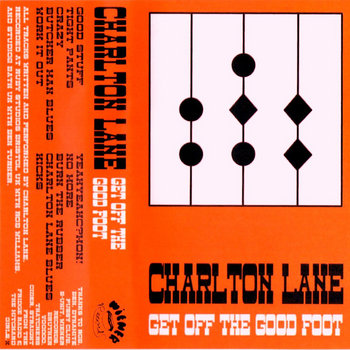 So for those of you that know who I am, great! For those of you who do not, I am Cecil, host of CJLO’s Burnt Offerings, a metal show here in Montreal. On June 15, I went to Toronto for my first ever NXNE experience. It was new and definitely exciting, to say the least. Here goes…

END_OF_DOCUMENT_TOKEN_TO_BE_REPLACED

Very late one evening in the very late 1980s, my oldest pal Doug and I were dejectedly roaming the Canadian television airwaves when we suddenly chanced upon footage of these two guys playing music out on someone's porch.

Our collective jaws – to say nothing of the remote – immediately dropped.

It seems we'd stumbled upon a movie called Athens, GA: Inside/Out. The two guys playing the incredible music turned out to be Chris "Crow" Smith and, on starry Silvertone guitar and vocals, Dexter Romweber. When a graphic across the screen reading "Flat Duo Jets" eventually appeared both Doug and I realized, among several other things, that we had a New Favorite Band.

END_OF_DOCUMENT_TOKEN_TO_BE_REPLACED

For all intents and purposes, Lindsey Adams Buckingham has lived a charmed life.

Raised in the comfy Bay Area opulence of 1950’s Atherton, California, a handsome, athletic golden boy suddenly and forever sidetracked by his elder brother’s Elvis and Buddy Holly 45s. He quit the school water polo team, moved with his guitar into a local hotshot band called Fritz, left for L.A. with their singer Stevie, produced with her the magnificently understated Buckingham Nicks album, was soonafter asked to join Fleetwood Mac with whom he helped craft a 40-million-plus-selling album called Rumours and, by 1978 at the age of twenty-nine finally found himself at the very tip-top of his game.

For all intents and purposes, that is.

END_OF_DOCUMENT_TOKEN_TO_BE_REPLACED

But why should ANYBODY, ANYWHERE care anymore?

First of all, if it hadn’t been for Elvis, we simply wouldn’t be sitting here reading this right now. Really! Think about it: If you like and/or make rock and roll music, Elvis – indirectly or not – is the reason why.

END_OF_DOCUMENT_TOKEN_TO_BE_REPLACED

Last I checked over at All Music Dot Com, there were 591 titles listed within the Jimi Hendrix discography – all but nineteen of which representing items released after the man’s most untimely death on September 18, 1970.

Most unfortunately however, the vast majority of this sonic slicing and dicing is redundant at best; ridiculous and utterly reprehensible more often than not. Why, even Elvis Presley’s last two-hundred-or-so albums have been afforded at least a certain amount of historical accuracy and aesthetic concern.

END_OF_DOCUMENT_TOKEN_TO_BE_REPLACED

A full disclosure right up front, one and all:

‘Way back in the 1980 hey!day of my fanzine, The Pig Paper, a certain Kevin Michael Allin sent over a sweetly autographed, stuffed with promo material copy of an album called Always Was, Is and Always Shall Be, which had been newly issued on none other than David “The Pope Smokes Dope” Peel’s Orange Records imprint. It sounded then, and remains today, a most spirited indeed collection of incredibly powerful pop in that classic Stooges / New York Dolls mold, with lyrics – especially heard in a, shall we say, immediate post-Pistols frame of ear – not really all that “shocking” whatsoever.

Now, Kevin Michael grew all the way up to become, of course, GG Allin, who by the time of MVD Visual’s grand, new Live in Boston 1989 DVD was still quite happy to remain focused upon the fun as opposed to the, well, feces of his craft. If you catch my career-spanning drift. For example, even before mounting the stage at The Middle East in Cambridge, MA on our particular hot August night in question, this disc treats us to thirty-five full minutes worth of GG, long-suffering bassist/brother Merle, and their young AIDS Brigade band “Gettin’ made up for the show,” as this chapter’s most accurately called. Why, we can even spot vintage Elvis on the wall, the carpet underfoot seems to have actually been vacuumed for the occasion, and the guys before the mirror seem no more rotten or vicious than, say, Monkees kept up after eleven.

END_OF_DOCUMENT_TOKEN_TO_BE_REPLACED

This January 12 marks eight years since self-styled “man in the middle” Maurice Gibb’s tragic passing. And in this new year of 2011, remaining Gibbs Barry and Robin are actually threatening to continue recording, and perhaps even tour the globe, beneath the hitherto-mighty Bee Gee moniker.

This is a proposition I frankly find quite incomprehensible to fathom, let alone purchase three-figure tickets to witness in person. Though with Messrs. Pete and Roger insisting on conducting business both on stage and off as [sic?] “The Who,” I do suppose anything is possible (if not exactly practical and/or ethical).

END_OF_DOCUMENT_TOKEN_TO_BE_REPLACED

Black Manalishi are emanating, illuminating and blasting out of the Northwest corner of the U.K. They have a classic/heavy rock style shaped by many great influences such as Black Sabbath, Cream, Crosby, Deep Purple, Free, Jimi Hendrix, Led Zeppelin, Lynyrd Skynrd, Nash & Young, Pink Floyd and a great many more.

I recommend you check out their tunes, as these guys have got everything that a true classic rock fan is looking for, in triplicate. The band members are Nathan Moore on guitar, Adam Ward on vocals, Lee Gallagher on drums and Sean Gallagher on bass. Yes, you may have guessed the fact that Sean and Lee are brothers, which must add so much to the bands synergised, taught sound. Black Manalishi stimulate your mind, body and soul with an amazing wall of guitar sound and vocals backed up so well with that brotherly rhythm section. I recently threw a few questions at Nathan…

Q: How did Black Manalishi come to form initially and what inspired the choice of name?

A: I met Adam Ward through a mutual friend when forming a cover band for fun. I decided to form a new band and continue writing and performing original material, something I had done since first learning to play. Being a great vocalist, with a style reminiscent of some of my favourite rock singers, Adam was the perfect choice for vocals. The other members have always been auditioned to find the best musicians when needed.

END_OF_DOCUMENT_TOKEN_TO_BE_REPLACED

On the occasion of Sir Paul McCartney’s 68th (!) birthday, let me take you back, as the song still goes…

It is the frigid winter of 1963/64. Extra cold, in fact, in the Toronto suburbs for an eight year old who has a long holiday, all set to spend: “With The Beatles.”

My best pal Paul Davis’ house is conveniently located just one block over. His mother is a piano teacher, and so music – yes, even rock ‘n’ roll music – is allowed, if sometimes in the case of “the louder stuff” only tolerated, on the family hi-fi system. So it was then that, until the following year when I was offered the choice of one 45-RPM record of my very own in lieu of fifty cents’ allowance each week, I had to visit the Davis place in order to fully avail myself of his older sister’s record collection.

And what a collection it was! Remarkably hip in retrospect especially because alongside all the usual ’63-vintage pin-up pop (as in Elvis on down), the elder Davis sister had a slew of beautifully battered seven-inch singles I was allowed to run hog – or should I say “Pig” wild with, whenever over there, ostensibly visiting Paul.

That is how, right after that initial Kennedy assassination, I came across my very first Beatle disc: an authentic orange-and-yellow-swirling Capitol Records of Canada pressing of “I Want To Hold Your Hand.”

So, onto the Davis console stereo it immediately went.