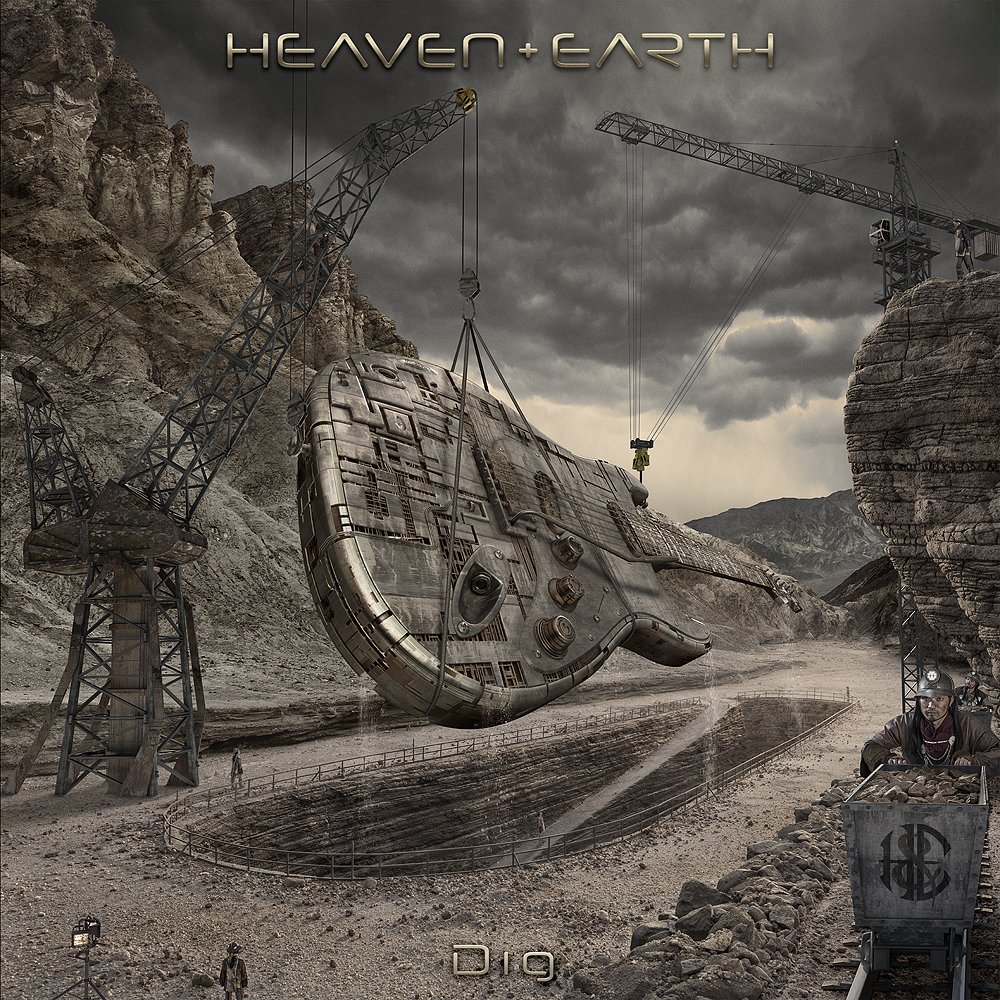 Back in 1997, guitarist Stuart Smith got together with a rather large group of musicians to record an album of Classic Rock music. Together, this group of musicians (which included the likes of Bon Jovi’s Richie Sambora, Deep Purple’s Glenn Hughes and even Steve Priest of the band Sweet) created several different musical formations of the same band which came to be known as Heaven & Earth. Some of the participating musicians in the recording project lent their talents to only one or two of the resulting tracks, while others (including bassist Chuck Wright, drummer Richie Onori and keyboard player Arlan Schierbaum) were a bigger part of the recording process as they lent their talents to several of those tracks.

After the self-titled album from Heaven & Earth was released, the band later added to that album and the resulting 2004 re-release easily stands as strong as any Classic Rock/Hard Rock release from The Yardbirds, Led Zeppelin or even Steve Priest’s band Sweet. It’s the talent of the musicians and the strength of the music that you notice; you would never know the album took seven years to become a reality.

Now, almost a decade after that first album was released, Heaven & Earth have returned. While that first album had its unique circumstances with how it was created and by whom, this new release, entitled Dig, has been written and performed by five main musicians who finally feel like a band. The quintet that brought Dig to life consists of: Guitarist Stuart Smith, bassist Chuck Wright, drummer Richie Onori and keyboard player Arlan Schierbaum, all of whom participated in the recording process that led to that first album. The final piece is newcomer Joe Retta who adds both vocals and lyrics to the songs.

END_OF_DOCUMENT_TOKEN_TO_BE_REPLACED

Never as naughty as the Rolling Stones, nor as pin-up perfect as Herman’s Hermits; seldom as musically adventurous as the Yardbirds, nitty-gritty as the Animals, or full-on bombastic as The Who. Of course, as truly no-one was, they just weren’t as precociously talented as those Beatles either.

In fact, throughout the entire artistic marathon which was 1960’s pop, perhaps their only true competition – in the vocal department at least – would be the all-American Beach Boys. And, like them, it seems the only true “crime” The Hollies ever committed during their illustrious decades-long career was that they solely concentrated on, well, just making good records.

END_OF_DOCUMENT_TOKEN_TO_BE_REPLACED END_OF_DOCUMENT_TOKEN_TO_BE_REPLACED

Legendary British guitarist Jeff Beck returns with his latest album! Full of the same rock and roll bombast of his past solo albums but with added participation from several up and coming vocalists to balance out the shredding, it is nonetheless Beck’s album. With his mastery of the guitar, how could it not be? While Beck is respected and well-known among musos for his guitar work, his relatively low public profile has long puzzled many fans, who recognize Beck’s vast accomplishments and innovative techniques but puzzle over his career choices.