Starting 6 P.M. PST Monday, October 5th, grab your chance to take part in an interactive recording project with Tommy Lee, drummer extraordinaire for Mötley Crüe as well as Methods Of Mayhem and his own solo music.  Lee’s been busy the last few months working on his next Methods Of Mayhem record.  He, along with friend and producer Scott Humphrey, have been in his new Atrium Studios putting new tunes together.  As if that weren’t cool enough, Tommy has decided to add a twist.  For the first time ever, he is opening up his process to any and all takers interested in working with him and his music.

Once a week the two will post stems or skeletons of the free demos at www.thepublicrecord.com for people to download and overdub their own musical parts, bass, guitar, vocals, keys, drums, loops, electronics, etc, then upload them back to the same site.  The best submissions will be featured on the site, used in the final mix and credited on the record.  They will be evaluating the best track submissions weekly for 11 weeks for 11 songs.

Anyone with a great musical idea is invited to play a part in helping to achieve true Public Mayhem, i.e. collaborate on the album.  A wide range of formats are available to work with, including RiffWorks, WAV, Logic, GarageBand, ProTools and the Four Track 3.0 iPhone application.

Besides weekly winners there will be a one grand prize which will include performing with Methods of Mayhem at a showcase for the record in Los Angeles.  Public Mayhem, is slated for release in 2010 on Roadrunner Records and like the first Methods Of Mayhem album which featured Snoop Dogg, Kid Rock and Fred Durst among others, this one will have some great special guest artists too.

A charitable donation will be made on behalf of all participants to the MusiCares Foundation®.  Established by The Recording Academy® in 1989, MusiCares® provides emergency health and human services and addiction recovery resources to music people in need.  Whether artists or other industry professionals, MusiCares is there with a safety net of support for those who have given the gift of music to our lives.

Tommy is known for stepping outside the box when it comes to his music.  This time he’s offering musicians the chance of a lifetime…to record and perform on stage with him! 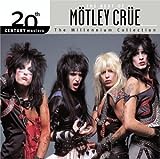 One reply on “Tommy Lee Invites You To Take Part In The First Interactive Recording Project Ever!”

[…] credits: Venus from Sunday Mercury; Tommy Lee from Rock and Roll Report; Will and Jaden Smith from Hip Hop […]